I'm so excited about the pricing war of smartphones! I am fresh of an exciting Friday rushing to get to a crashed server for the One+1.  I was reading on Android Central (click here)The feature packed phone will have: 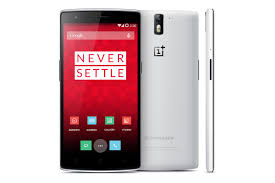 So lets bring this into context. The suggested subsidized price for the note 3 was $299, that's not unlocked, that's tied to a expensive phone plan that helps providers make up the cost, that's the shackled price that comes with 2 years of baggage called a contract! We raved at the Moto x with in some cases half the specs at that price. In the past, people joked that unlocked phones where smartphones of yesteryear helping companies to clean out inventory! (HTC EVO , Samsung Galaxy S ).. We then get the low ram low capacity Asian Market variants but still nothing you proudly can pull out. But man have things changed!

We now can spend less than $400 ( a subsidized level price), and have a phone we can proudly show off! What makes me most excited, this One Plus One is better than many if not all the current phones on the market right now. It has the operating system that most geeks use anyway when we buy a Samsung or HTC phone. Ok so it does not have a heart rate sensor , but I think I can pass on that haha.

We are reaching a monumental moment in tech history. The market is working at its best. Consumers are benefiting from the pricing war giving us several sub $400 smartphones, these are the ones I am aware of so far, and a rounded estimated price.


Posted by atechieinchrist at 9:30 AM