I am sitting here watching this hangout about the Moto 360 smart watch and NOW im excited!...see what I did there?,,,,
When I look at the Moto 360 I am reminded of my brothers Fossil collection. He is know around our parts for having the most fashionable watches so I know I can now be fashionable too while maintaining my commitment to being a techy! Many people are turned off of the pebble, galaxy gear, and Google glass because you basically are yelling to everyone "hey im a geek!" This reminds me of when the Iphone came about. I was a Pocket PC user and many people felt I was this nerd spending a ton of money on a little computer. The Ipone was a computer too but it was smooth and round and sexy looking like a fashion accessory. The Pebble and Gear 2 looks like a computer on your wrist but the Moto 360 looks like a fashion accessory. This is where Motorola has hit a home run! Not only that, you can even change the bands which will make it even more amazing. I can picture women and fly guys buying extra bands to match their effort.

Now that the fashion stuff is out the way, lets talk about the tech stuff! I immediately stopped what I was doing at work to read more when I got an Cnet email telling me about Google Wear. I was amazed as I looked at the demo video of the interface. We are finally going to be able to see the game changing feature of Google Now. You hear more and more about how Google Now has become part of the lives of those with Android Phones. I haven't seen people this happy about a phone feature since visual voice mail. I love being able to use Google now to do a quick check on the weather, tell me the score of my favorite teams, and even update me on news I often search for. Its kinda creepy but its like my personal secretary. Now lets take it to the watch. We don't need much room to check the weather and appointments. That's a quick answer that you would like to just glance to check without having to take your phone out the pocket. I mentioned a plus with all smart watches, the ability to see who is calling or texting you without taking your phone out the pocket. With a mic built in I can dictate messages while on the go without having to pull out my phone. This is especially useful to me because I have a 6.3 inch screen which I love for browsing , but honestly its cumbersome pulling it out for the quick notifications. Google Now is always listening so you can just say , "ok Google" and began your conversation. Even when driving (don't text and drive). But I grew up in the 80s and 90s watching old Night Rider episodes, Michael staring out the window talking to "KITT". My dodge pickup wont be talking but this would be the next best thing. Google has used our voice, and been working on improving Google Now for this pivotal moment, placing a awesome feature in a perfect form factor. A interface that necessitates minimum touch, and maximum use of voice input. 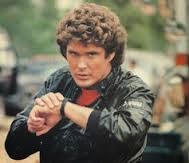 oh yeah , Did you even see the watch face? The home screen was like a divers watch! Wow!

Now Google being the operating system makes this even sweeter. Android was one of the best thing to happen to a consumer and smartphones because its cheep enough to free so that anyone can develop for it. This will create a pricing war in which the consumer will win. For instance we have LG and Moto seemingly going head to head and I am assuming with the recent trends for Motorola, the watch will be low price. This will help us avoid the proprietary OS of Tizen for Samsung because that usually leads to higher prices.
Even cooler, there is no usb plug. This means there has to be an alternative way of charging. I'm wondering will it be that kinetic charge that you see on some niche devices, or it cold be wireless charging.
Now the only thing I'm disappointed in so far is that it doesn't have a camera. They claim they didn't think customers would want it but I would love to be able to conduct video calls from my wrist, (my previous post I always talk about inspector gadget.) 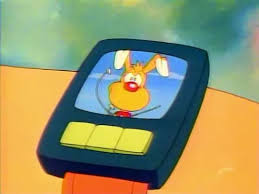 All in all I can say I'm saving up for Moto 360 which from my understanding , will be debuting this summer. GOD BLESS
Posted by atechieinchrist at 4:22 PM