atechieinchrist tries the imac, impressions after my first week 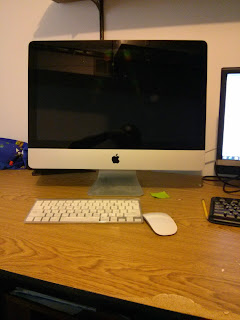 So its been a week since I  first fired up my new life with an Imac and this is what I have so far. Before we began I must admit I didn't spend the amount of time I usually spend with a device during a week because I have been oddly busy but I still played with it enough to get some initial impressions. The first thing that I like about it is what I am enjoying at the moment when typing this, the keyboard! The keyboard is awesome! I guess apple still pays attention to the keyboards. It has been a while since I used one of these small keyboards so I forgot how comfortable and springy it is. I like it almost gives it a machine like feel like with the classic spring keyboards and the chicklet keys are big enough and separated enough to minimize errors. I admit any error you find is my lack of skill in writing.

The next thing that I noticed is the bright beautiful screen. I know there is a lot of hype over retina but this screen is already beautiful on this 2011 model. I see the screens all the time in the local apple store but I guess the industrial atmosphere with bright lights drown out some of the wowness of the screen. When I bring it down to my dark basement it really enlightens me to the awesomeness!

I did not like the "magic mouse" this is thing is like a clown at birthday party magic. I am used to track pads and rolling marble mouse so this one sucks! Two finger scrolling is sweet but then I feel awkward deciding when to pick up or rub the mouse.

Back to the positive:

I love the drag and drop functionality in osx! I was able to drag the pictures above straight from my google plus post to blogger. I was also able to drag pictures from google to email instead of going through the whole attach files thing! This is saving a tremendous amount of time.

I was first very impressed when scrolling through my feeds on google plus with chrome on my imac. It looks much different on here than my other devices with the beauty of the white space, uneven content oriented tiles , and 3 columns. 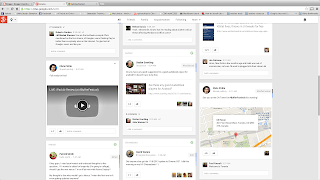 It looks like flipboard for social media! I was posting about its beauty when I ran into the problem with rendering. It may be the ram issue creeping up in this case or beauty coming with a tax but it was annoying having to wait a half of minute at times for new post to load up. I guess its ok if you read every post, but we know most of us have to skip over the spamy fluff that plagues google plus even though it does a much better job than facebook. 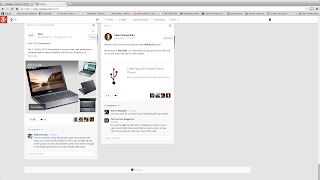 The final thing I wanted to mention was the camera. I know real bloggers invest in a really nice camera , a lamp and a mic. But for us that are starting out using this as a second fiddle to our day job, we need to start small. Well this is really small. It is better than most cheap webcams and I know I am in a basement but lighting could be better. *That can be another hook for me, the basement blogger! Here is a sample of the photo. 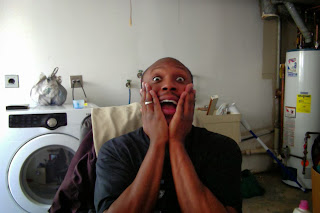 The photo actually looks pretty clear and detailed I guess I was just thinking of the low light.

I was excited to see Bioshock Infinite on here, but I am not sure if I want to load it up. I dont want to play anything blasphemous or offensive. 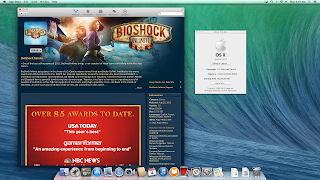 I know foul language is used in everyday life and I can put up with it if its telling an overall meaningful story from what I hear that is the case. Im going to pray about it. I also need to know if my mac can handle it. The apple community on google+ said go for it , I guess im apprehensive coming from a powerful desktop pc I am not sure if I can enjoy toned down graphics,, ,but thats the point of this right, to try it.

This is just one week of my experience , I pray I effectively relayed my experience. I look forward to adding another post after more experience, let me know if there is something you suggest I tinker with or addd. GOD BLESS
Posted by atechieinchrist at 8:16 AM